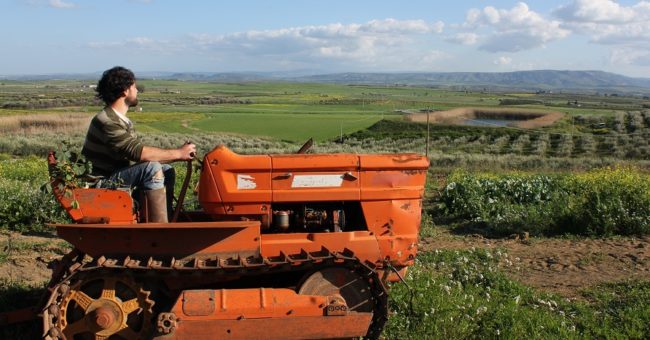 Wwoof is, first of all, an acronym.

It stays for: World Wide Opportunities on Organic Farms.

Some people translate it differently: Willing Workers on Organic Farms. But the philosophy doesn’t change.

Wwoof is an international movement, born many years ago (in the ’70s) by a London citizen who had a passion for the countryside and, I suppose, ecological lifestyles too.

Every weekend she would leave the city where she was living and working, to go and help some local farms in the outskirts of London: not only she wanted to breathe some fresh air, but also to learn the skills of the farmers, and to help those small ecological businesses which she thinks needed support, especially against big corporations.

Ok, I might be speculating a bit here, I don’t really know what were the real intentions of this awesome lady (you can find more info about her on this wiki page) but I think the reality is not that different.

Useless to say, WWOOFING became trendy. Many people started to temporarily leave the city to go and WWOOF in the countryside.

One of the best platforms for learning while travelling

It also became eventually one of the coolest tools for travellers too, so that they could get hosted for free in exchange for their voluntary help, wherever they went.

The typical wwoof deal would be 4–5 hours of help per day in exchange for food and accommodation.

But every nation has few differences in values, rules, and subscription prices.

The benefits of Wwoofing

The volunteers, called “wwoofers”, earn so much more than just free food and accommodation:

A powerful way to change your life

They say Wwoof has “the power” to change people’s life. It surely changed my life a lot, and I would say for the better.

I was often depressed when I was living in the city, where I was spending my life just thinking of business, money, career, material possessions, etc. etc. but wwoof helped reinforce my character and gave me new tools for life.

To find out more about what wwoofing is, you can visit the official website: http://www.wwoof.org

I would just add that what was more valuable to me, was acknowledging the existence of different alternative ways of living, many of which are listed in the OFFICIAL Wwoof database (eco-communities, self-sufficient farms, off-grid places, tiny homes…).

The western economical homologation and the capitalistic globalization sure prevail today, but thanks to WWOOF I discovered a movement of people and other eco-groups that are trying to design different social systems and experimenting with sustainable ways of life.

I have much hope in the Eco-villages movement, which I discovered thanks to the official WWOOF. It’s not a “perfect world”, but it’s a nice direction to follow.

Years ago, I produced a short film in Italian (with English subtitles) during my WWOOFing adventures in Italy. It’s nothing special, but it can give you an idea.

I hope you will give Wwoofing a try, and that you will have an inspiring adventure!

Here’s where you should go to become part of the wwoofing movement.

7 thoughts on “What is Wwoof? And why should I give it a go?”