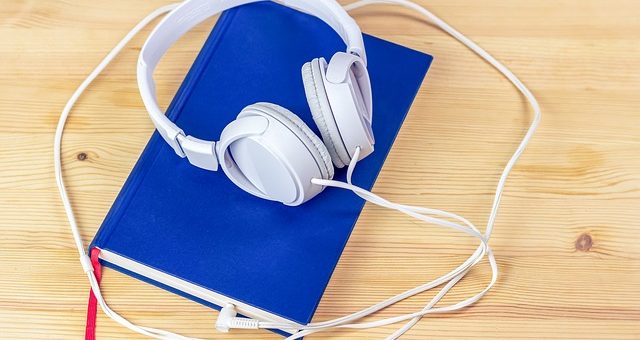 Free Audiobooks, Free lessons and Free Podcasts can be useful tools to learn a new language!

Free Audiobooks – Podcasts and Youtube videos are a useful and pleasant way to learn a foreign language. In this article, we would like to suggest some ways to practice a foreign language and reinforce your knowledge. The first free tool that we highly recommend is Duolingo. In the Duolingo platform/website, you can find free language courses and exercises for the main spoken languages around the world, including English, French, Spanish, German, Italian, Chinese, Russian and Arabs.

English audiobooks are very useful for learning pronunciation and training to understand the spoken language. There are many sites from which to download audiobooks for free, or listen to them online, and designed for both beginners or children and for professionals of foreign languages: archive.org, Librivox, OpenCulture, Kids Learn Out Loud – FreeStuff -, StoryNory, Lit2Go, Scribl. com, Gutenberg. Here are 10 famous audiobooks, recommended to improve your English.

Impossible not to know Sherlock Holmes, detective par excellence, great criminologist and man of action. S.H. is a collection of 12 short stories, published in 1892. In 1987 the work was included by the critic and writer H.R.F. Keating among the 100 best literary thrillers in detective story.

It is possible to listen to this audiobook in English through Youtube or archive.org

1984 is a dystopian novel, written in 1948 by George Orwell. The author presents a grotesque future, in which the life of citizens is constantly monitored by the leader of the only existing party: Big Brother (the “Big Brother”). The world depicted is characterized by perennial war and mental manipulation, which succeeds in making citizens accept a contradictory way of thinking. This is certainly a great classic of literature and can be an excellent method for enriching your English lexicon. It is possible to listen to this audiobook in English through Youtube or archive.org

The Animal Farm is an allegorical tale by George Orwell published in 1945. The work reflects on the events of the Russian revolution and constitutes a critique of the Stalinist dictatorship, placed in a satirical form. The plot of the novel focuses on the animals that live on a farm, which rebel against the exploitation of men.

It is possible to listen to this audiobook in English through Youtube or archive.org

Oliver Twist is the second novel by Charles Dickens, published in 1837. It was the first English novel to feature a boy and one of the first examples of a social novel. The novel revolves around the young Oliver, raised in an orphanage and often mistreated by adults, but very good at heart. It is possible to listen to this audiobook in English through Youtube or archive.org

Romeo and Juliet is a timeless classic of English literature and a love tragedy par excellence. The plot is quite well known and narrates the unfortunate passion of two young people, belonging to two rival Veronese families. It is possible to listen to this audiobook in English through librivox or Youtube:

The Curious Case of Benjamin Button is a short story by Francis Scott Fitzgerald, written in 1922. It is the story of the “reverse life” of Benjamin, who unexpectedly is born old and dies as a child. In 2008, the story’s transposition on the big screen was very successful, with the debut of the homonymous film directed by David Fincher, in which the protagonist is played, in all phases of his life, by a brilliant Brad Pitt. It is possible to listen to this audiobook in English through Youtube or archive.org:

Around the world in 80 days is an adventure novel that was very successful in a century of great inventions. It was published, in fact, by Jules Verne in 1873 and was subsequently the subject of several adaptations for cinema and television. The protagonist of the work is Phileas Fogg, a rich man who, together with his servant Passepartout, undertakes the task of circumnavigating the entire globe in 80 days. The story is very compelling and turns out to be an extremely pleasant reading. It is possible to listen to this audiobook in English through Youtube or archive.org

9) Call of the Wild, Jack London

The Call of the Forest is a 1904 Jack London short novel. Set in California, it features the dog Buck, which is sold as a sledge dog. From this moment on, his life changed radically and went through various difficulties, until he began to feel “the call of the forest” and joined a pack of wolves. It is possible to listen to this audiobook in English through Youtube or archive.org

The invisible man is a science fiction novel of 1881, published in 1891. It features a promising physicist named Griffin, who dedicates his existence to the realization of an important discovery that can guarantee him a certain degree of respect. Thus he discovers the formula of invisibility and, after having applied the procedure on himself, he finds himself dealing with a series of problems due to his invention, which he had not considered. It is possible to listen to this audiobook in English through Youtube or archive.org

To begin with, the Institut Français website offers a list of platforms where you can listen to extracts or complete works in digital format, as well as sound documentaries, readings and period recordings. Below we are going to list 5 free audiobooks to learn French.

Candido is a 1759 philosophical tale by Voltaire, composed to refute the optimistic doctrines, probably in light of the earthquake that destroyed the city of Lisbon in 1755. The work is considered the greatest masterpiece of the philosopher “patriarch of the Enlightenment” and is set in Westphalia, where Candido lives. The plot follows the misadventures of the protagonist, who repeatedly escapes death in search of the woman he is in love with. The story is funny and satirical, with a perfect alternation of tragedy and comedy. You can listen to this audiobook on Youtube:

This novel, one of Flaubert’s most famous, was published in 1856 and immediately accused of immorality and obscenity. However, it achieved enormous success and today is a classic of literature. Inspired by a real episode of the news, the story has as its protagonist Emma Rouault, who becomes Madame Bovary following the marriage with Charles, a good man and professional doctor. Despite her husband’s concern, Emma is devoured by a sense of boredom and intolerance for the world around her, always too different from that described in the books she loves to read. The book highlights the progressive growth of the woman’s anguish, which leads her to plunge into a whirlwind of debt and adultery, right up to the extreme gesture of suicide. You can listen to this free audiobook on Youtube.

Les Miserables is a historical novel by Victor Hugo from 1862, one of the most excellent novels of the nineteenth century in Europe. In 5 volumes, the work is set in post-Napoleonic France until the 1832 uprising. You can learn about different characters, all belonging to the lower strata of society, precisely the “miserable“.  You can listen to this audiobook on litteratureaudio.com

Submission is a 2015 novel by Michel Houellebecq: French writer, essayist, poet, director and screenwriter. The work is a political satire and describes a future in which a traditionalist Muslim party wins the presidential election in France. The title concerns the attitude of the French elites as well as the protagonist François who, out of pure opportunism, “submit” to authoritarianism and convert to Islam. You can listen to this audiobook on Youtube.

Impossible not to know the Little Prince, the famous story by Antoine de Saint-Exupéry, published in New York in 1943. In the form of a literary work for children, the text deals with universal themes such as the meaning of life, love and friendship, through the encounters of the protagonist with different characters. The story, extremely poetic, is a simple and pleasant reading, but at the same time profound and of great inspiration. You can listen to this audiobook on Youtube:

The best channels for learning Spanish from home or mobile for Free.

Would you like to speak perfect Spanish? The Internet is your best ally! Here is the list of the 7 best YouTube channels for learning the Spanish language!

Two Spanish native speakers who will help you to understand the language, speaking clearly, slowly and clearly. The formula of conversation is widely used, with everyday words and expressions, names of objects, food and phrases made. On the channel, there is also a mini TV series called “Buena Gente”. Recommended for those who already know the basics of the language and want to improve their level of conversation and speech understanding.

With video and audio lessons in podcast format, on SpanishPod101 you will find an infinite number of contents divided into Playlists dedicated to pronunciation, reading, grammar and verbs. They also have live sessions: 24/7 non-stop course

One of the few Youtube channels on Spanish created by an Italian YouTuber; his name is Giuseppe (Peppe) Guiduccio and he graduated in Foreign Languages ​​and Literatures in Bari, Spanish, Arabic and Portuguese. Giuseppe also has a specialization in Arabic Language, History and Culture at the University of Kuwait and a Magistral in New technologies applied to translation at the ISTRAD of Seville, an important private centre for audiovisual translation.

In his channel, you will find a little bit of everything, from classic grammar lessons to commentary videos on culture, music, food, TV series and cinema in Spanish.

Tio Spanish is perhaps the funniest Spanish youtube channel there is. Various animated characters, drawn on the fingers, will accompany us with songs and skits full of humour. Many interesting topics, from animals to typical dishes to popular traditions; but also: current affairs, vocabulary and pronunciation. Suitable for various levels of knowledge of Spanish, cute graphics and Italian subtitles.

Basic and super fast course, with a Playlist, called its own: Learn Spanish in 5 days. It has sparse but effective graphics to get right to the point. If you are at level zero, start here.

A Youtube channel truly complete with everything, “homemade” but with a very good level of structure of contents and lessons. The teacher Elena will guide you in the study of Spanish, in the knowledge of vocabulary divided by themes, in the use of phonetics and colloquial expressions. Elena is a native speaker and the videos are all in Spanish with Spanish subtitles and in addition to her Youtube channel, she also makes Spanish lessons via Skype.

More to come… Free Audiobooks and Podcasts in other languages. – feel free to contribute to this article. Get in touch.

Volunteer, photographer, and a citizen of the world. :) The world is full of opportunities: my mission is to discover them and share!

1 thought on “Learn Languages for free with Audiobooks, Podcasts, and Youtube”

Write an article for us! 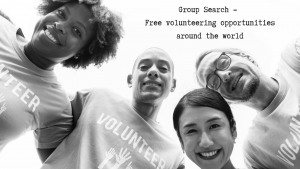