28th May is World Menstrual Hygiene Day. However, not every girl in the world can celebrate it in the same way, because menstruation is experienced differently in different places.
Some women are entitled to menstrual leave, i.e. a few days off work during their period of menstruation. Therefore, they can be absent from work without having to take sick leave or holidays. In the countries most sensitive to the issue of gender equality, after several battles, the “tampon tax”, the value-added tax (VAT) applied to tampons, pads and menstrual cups as if they were not basic necessities, has been abolished.

And then there are those who, although born in a biologically female body, are men and have to deal with their periods. Or those who choose to reduce the environmental impact of their menstrual cycle as much as possible by saying goodbye to disposable tampons.

When people try to talk about menstruation in an explicit way, it often leads to adverse reactions, disgust, indignity, in some cases even anger. There are countries in the world where menstrual blood is a real stigma. In other countries, we simply consider it ‘dirty’, something not to be mentioned publicly.

In any case, menstruation is a taboo as old as the world, which today many activists (mostly women, but not only) are trying to break down, piece by piece. So much so that a real movement called ‘menstrual activism’ has been born. 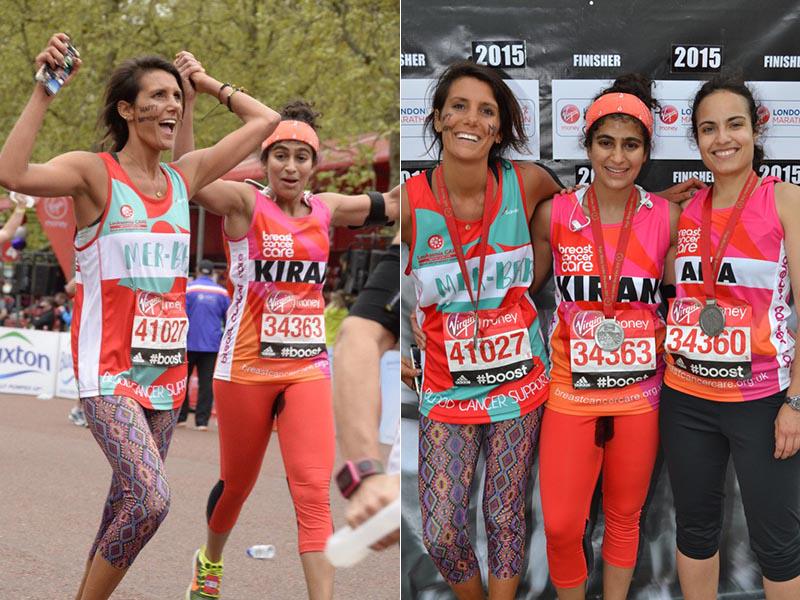 Kiran Gandhi is undoubtedly one of the first “menstrual activists”: in 2015 the athlete ran the London Marathon without wearing a tampon despite having her period and crossed the finish line with her shorts stained. This raised a wave of controversy.

Why did she do it?

On her blog, she wrote: “I ran with blood running down my legs for the sisters who don’t have access to tampons and for the sisters who, despite cramps and pain, hide it and pretend it doesn’t exist. I ran to say that it exists, and we overcome it every day.”

She was referring to all those girls who, in the poorest countries, are forced to skip school because of their periods. They are victims of so-called ‘period poverty’, that is, the economic impossibility of providing adequate sanitary products.

Every girl, every woman, should have the right to menstrual hygiene. No girl, no woman should be forced to give up something because of the pain, or the cost of her period.

This website uses cookies to improve your experience while you navigate through the website. Out of these, the cookies that are categorized as necessary are stored on your browser as they are essential for the working of basic functionalities of the website. We also use third-party cookies that help us analyze and understand how you use this website. These cookies will be stored in your browser only with your consent. You also have the option to opt-out of these cookies. But opting out of some of these cookies may affect your browsing experience.
Necessary Always Enabled

Any cookies that may not be particularly necessary for the website to function and is used specifically to collect user personal data via analytics, ads, other embedded contents are termed as non-necessary cookies. It is mandatory to procure user consent prior to running these cookies on your website.